KING NOTHING has returned to the living world after a generation of deathless sleep. As his armies of darkness sweep plague-like across the land, spreading his evil influence, the sun itself dims, threatening to plunge the world into eternal night.

IN DESPERATION, the Witch Queen Saraneth gathers a traveling party to journey in secret to the Black Pit, a hidden place of power from which, the stories say, King Nothing first emerged. There, with the aid of powerful magicks, Saraneth hopes to seal the Black Pit forever and, hopefully, destroy King Nothing once and for all.

HOWEVER—while on their journey, Saraneth and her companions are ambushed by a goblin patrol; thinking them everyday travelers, the goblin captain Grelk takes them prisoner.

EVEN NOW, they are being marched, along with a score of other prisoners, to an encampment where they will be forced into the service of the dark army’s war machine. Worse, it’s only a matter of time before Saraneth—or one of her companions—is recognized and handed over to King Nothing for even darker purposes.

HOW WILL THE WITCH QUEEN AND HER COMPANIONS ESCAPE THE GOBLIN PATROL?

WHAT OTHER DANGERS LIE IN THEIR PATH?

WILL THEY EVER REACH THE BLACK PIT?

IF THEY DO, WILL THEY KNOW HOW TO DESTROY IT?

WILL THE PRICE OF VICTORY BE ONE THAT THEY’RE WILLING TO PAY?

King Nothing is a rules-lite tabletop roleplaying game for one Game Manager (GM) and 2-5 players. It is intended to be played in a single session of 3-4 hours, but you can play for longer if you wish.

This game is played as a series of alternating scenes:

Odd-numbered scenes take place in the present and concern the party’s journey to the Ebon Mount and into King Nothing’s Keep.

Even-numbered scenes are Memories; they take place in the past and help us fill in the story’s history and setting.

Usually, you use memory scenes to explore something that came up during the previous scene, but if nothing jumps out, you can use the Memories section on the Character Sheets to get ideas.

During each scene, the GM tells a story by asking questions of everyone at the table and using the players' answers to shape the fiction. Whenever fate or fortune come into play, the GM asks the players to roll dice to determine the outcome.

Just had a great evening playing the game. One questions or mayme feedback: Kilgores Strikethrough mentions "orcs". Shouldn´t that be ogres? Is this a bug or a feature ;-)

Reply
The Nerdy Paper Games of Rob Hebert298 days ago

Whoa, good catch! That's a typo, thanks for letting me know :) I'll have to fix that and upload a new version.

Hi Rob, I plan on running your game some time very soon - of course I have to as I love Lady Blackbird, PbtA mechanics and fantasy :)

Anyway, I'm not quite sure if I understand the MEMORY SCENES correctly. Are they intended you be played strictly narratively and without rolling dice? Will the group decide as a whole on the content of the memory or is it the job of the player(s) related to the memory (as long as they have an idea and don't ask for other input)? So taken together, I'm wondering if these MEMORY SCENES are playable scenes or if they are mostly a narrative tool to generate elaborate background information.

I'd appreciate some input on that :) cheers!

Reply
The Nerdy Paper Games of Rob Hebert1 year ago(+1)

Thank you, I hope you enjoy the game!

To answer your question: you can roll during the memory scenes if you want to—sometimes a little RNG helps you work out the story. But their primary purpose is to flesh out the characters’ backstories, their relationships to one another, and the setting in general. To that end, I usually run them as the main character or characters the memory revolves around get the most narrative control, and as the GM I just ask lots of questions.

This is something I want to play.

First, the story starts with an intriguing prompt. Then, the characters are all distinctive, full of character and open enough to add your own vibe.

The system is simple and based on Lady Blackbird & Dungeon World. There's many little things I like about it (the rule of Cool, the open-ness), but it's mainly the structure that got me. Alternating between Journey (Now) and Memories (Then) is a great idea. A really great one!

Last, but not least, the game is full of questions. Meaningful questions. Even ones that can be stolen for other games.

Reply
The Nerdy Paper Games of Rob Hebert2 years ago(+1)

Wow, thank you for the kind words! If you get the chance to play, please report back and let me know how it went! 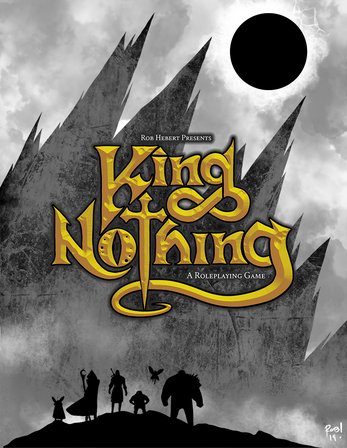